Our aim from the beginning was to build a family hockey club, introduce the sport and be involved with the youth in the area, improve the standard of hockey played and provide a turf ground on the Mornington Peninsula.

1996 – As a result, MPHC were able to enter six Junior teams into the Victorian Just Hockey competition, immediately triumphing with our club’s first premiership.

1997 – The Club entered its first Men’s Metro four South team, who became runners up in that year, and and our first Senior Women’s State League 4 team.

1998 – MPHC built a 1/4 sized training area at The Peninsula School, Mt Eliza with turf purchased from Frankston Bowling Club. The ground served as the club’s home base for junior trainings and summer hockey, with the seniors moving to train at Dandenong on the full-sized turf.

2006 – We formed and entered our first Veterans team with immediate premiership success.

2008 – A canteen and club rooms were constructed at our home ground and we have 8 premiership wins as a club. We also gained our first Senior Pennant grade; Women’s Pennant D.

2009 – Our women’s section grew from 4 to 7 teams. We had 12 teams compete in finals and added five premierships to the collection.

2010 – MPHC introduced our new playing uniform and won five premierships across the Summer and Winter seasons.

2011 – Our Men’s team achieved promotion to State League 3. Our Junior teams achieved 5 premierships, the Men’s, 3, and the Women’s, 2. We reached 10 life members

2012 – The club’s most successful year to date in terms of premierships – 10 in total! Seven in Winter and three in Indoor.

2015 – MPHC celebrated our 20th year as a hockey club. We had 18 Junior representative players in the Southern Sharks and 1 in the Victorian Invitational Indoor Team. The Women’s section grew from 5 to 6 teams and the Women’s Vic League 1 finished in the top 4. Men’s Pennant D&F were entered as well as Women’s Pennant E.

2016 – Achieved promotion to Men’s Vic League 1 and finished 2nd, runners up in the Grand Final.

2018 – Women’s Vic League 1, Under 12 Mixed Pennant South and Under 14 Mixed South were semi-finalists. Under 12 Girls were preliminary finalists, Under 14 Mixed Pennant South East were grand finalists. The Peninsula Women’s Hockey Association had Falcons Blue as premiers and Falcons Green as Runners up. Our own Courtney Kersey won Women’s Vic League 1 Best and Fairest for the entire competition.

Thinking of playing hockey? We are always on the look out for new players. 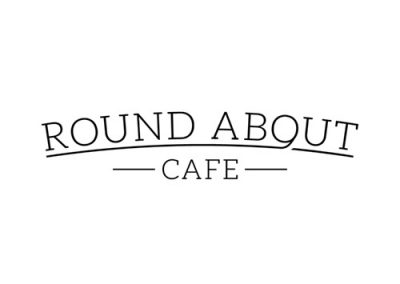 A club dedicated to developing hockey on the Mornington Peninsula, providing a family friendly environment that values participation, enjoyment and excellence. Our club is committed to promoting skill, sportsmanship and good health to enable all members to reach their full potential.